Pwll Ddu is located to the southwest of Abergavenny and to the north of Blaenavon in the borough of Torfaen (tourist information). It consists of open upland terrain lying between 400 m and 500 m on the edge of the Brecon Beacons National Park. The technical challenge here was created by a vast amount of historic surface mining (coal and limestone), which has left a legacy of intricate contour detail.

The area has been used for several major events, including the British Individual Championships in 2007 and Croeso 2008 (map).

The World Heritage Site at Blaenavon has an excellent range of landmarks from the Industrial Revolution. The mighty iron foundry which formed the cutting edge of technology only a short time ago is now being lovingly restored and interpreted. 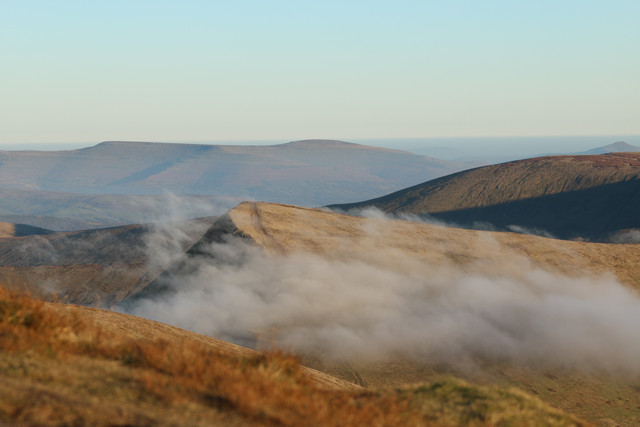 Long and short classes are available.

British Orienteering require all competitors to wear clothing that fully covers the torso and legs. There may also be a requirement to carry a hooded waterproof top. If required, there will be notices on the day.